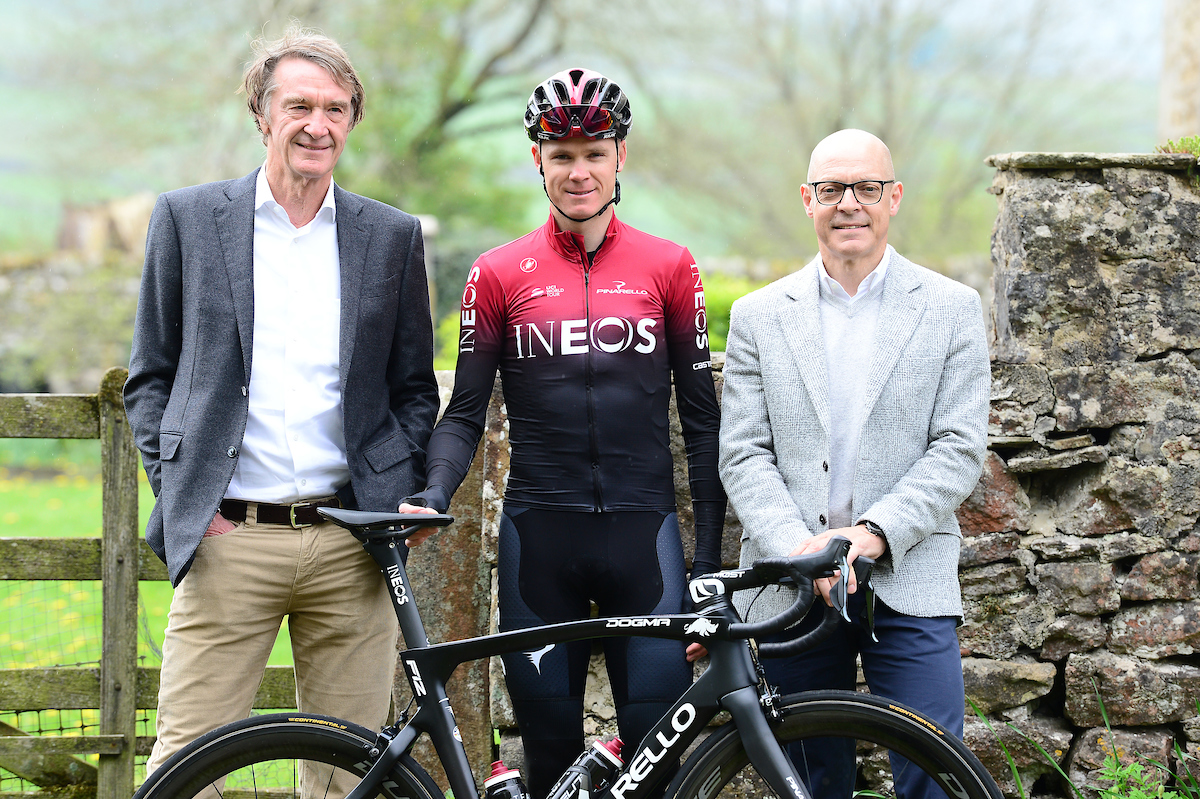 Ineos, the company behind the men’s WorldTour cycling team, has launched a 4×4 SUV vehicle, with reports suggesting it could lead to a change of kit and name for Team Ineos at the Tour de France to help promote the new vehicle.

Ineos, run and largely-owned by British billionaire Jim Ratcliffe, is primarily a petrochemicals company but has entered the automotive market with its ‘Grenadier’, described as “a stripped back, no-nonsense, utilitarian 4×4”.

The project began in 2018, with 200 engineers contracted to design and develop the vehicle, with manufacturing beginning in South Wales at the end of last year.

The name Grenadier is taken from the London pub where Ratcliffe first had the idea, and it could soon be seen on the jerseys of Chris Froome, Egan Bernal, and Geraint Thomas.

Tuttobiciweb recently reported that Ineos had identified the Tour de France as the ideal way to boost publicity around Ratcliffe’s latest business venture. The usually well-informed Italian website said the team was considering temporarily changing its name, creating a new kit and even newly-painted bikes for the occasion.

Contacted by Cyclingnews, the team refused to comment on the possible changes.

UCI regulations allow for a change of name and kit once per season.

Lotto Soudal have in the past changed their name to Lotto-FixAll – FixAll being a specific Soudal product – for certain races, while the Belgian team currently has a different jersey -with Soudal above Lotto – when competing outside Belgium.

Team Ineos have previously had a temporary kit change during their days as Team Sky. At the 2018 Tour de France, they wore a special design with whales on the back to support Sky’s Ocean Rescue campaign.

Team Sunweb recently switched from red and black kit to what it called its summer kit. It is white, to help cooling in the heat, and decorated with black stripes and red logo. Team Ineos colours are currently black and burgundy.

‘Federer, Nadal, Djokovic forget what it’s like to be in the lower positions’

‘Federer, Nadal, Djokovic forget what it’s like to be in the lower positions’